The Best Local-Coop Games on PC

A lot of people complain that PCs aren’t really for split-screen or party-games and that if you want to play with mates (off-line) you’re better off getting a console. But these days quite a few local-coop/multiplayer games are available on PC (they even have a category tag on Steam) and the following is a list of the 10 games I’ve had most fun playing with my mates. This list is a very personal choice of course but I hope you’ll all enjoy the games I’m recommending!

If you haven’t played this one with a friend yet do it now! The game really opens up with two players and simply has to be played that way at least a few hundred times. The portal series were both instant classics and the two player twist in number 2 really dropped with ‘the lads’. If you haven’t played this at all – go and buy it immediately – and if you haven’t tried two-player I implore you to. – but over LAN if possible… Because – there is one massive drawback – this game can’t be played split-screen without modding (like Left4Dead – which is a kind of a ghost #11)- which according to my made-up rules disqualifies this game (and L4D1) in my opinion. Hence, this otherwise classic, action-puzzler  remains low in my rankings. 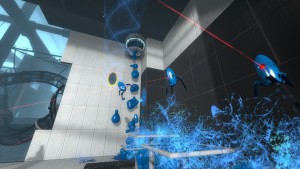 This one is also a bit of a cheat which is why its only at position 9 – but this official Sega emulator is easy to use and works more reliably than a lot of the emulators I’ve seen around. And playing those old-skool classics will bring back some great two player memories! One of my favourites was always Altered Beast and it’s ‘awise fwom your gwave’ sample just set off great memories for me and my friends as we tried to hack our way through 16bit ghouls. The Megadrive had a slew of great 2 player games and many of them are represented in this collection.

I’m not sure how well this game did in sales terms but it really won my heart when I first bought it. Me and my mates (my mates and I?) played this on and off for a couple of years and never got past the third or fourth levels if I’m honest! But that didn’t take away from the fun of the game – its a great retro styled shoot-em-up with nice bold graphics and instant playability. If you loved Ikari Warriors and similar games the chances are you’ll love this for a little while at least. 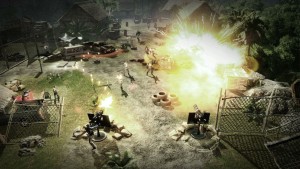 This HD-Remake/Homage to the original arcade beat-em-up is simply brilliant. The graphics and audio are a perfect modern interpretation of that early late-80s-early-90s feel and fun factor. Just you and your 80s bro-dude kicking ass to save the day! Smash canisters into thugs and avoid the whips of prostitutes in a neon-filled vision of Americas gang-run streets – what more could you want? Whilst the gameplay can get a little repetitive this game is simply great fun in short bursts and it’s great to play with friends. 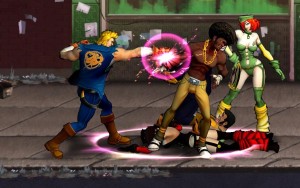 This is a great basketball game, though it will require some perseverance, but that perseverance will be rewarded. The graphics are bloody great and winning a match against a friend will give you a real sense of achievement. Not a game for the light hearted (if you actually care about scoring that is) but once you’ve mastered the controls it extremely fulfilling to pull off a dunk right in your mate’s face. And being a basketball game I can’t help but finding myself making your-mum jokes whilst I’m playing for added authenticity!

This is a mid-old-skool beat-em-up brand which originated on the PS2 and finally made it to PC in 2015. For my taste this game is way more fun than Mortal Combat X – sure the graphics aren’t that great – and yes – the amusement of playing girls with stupidly big boobs does wear a little bit thin – but quite frankly this games is really fun to play with your mates. The competitive gameplay is complex enough to keep you interested for quite a while yet not so difficult to master as to put off players who wouldn’t normally play action games. Button mashers will do reasonably well after a match or two whilst more experienced players can pull off some sweet combos – all whilst wearing a santa-outfit or even dressed as a furry! 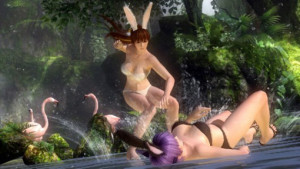 This collection of games is brilliant! The essence of the game is simple – but its execution requires some deft controller skills. You play as 3 players solving physics and logic puzzles which will require proper teamwork to pull off. Very rewarding when you finish a ‘page’ as my mate ‘nostrils’ calls them – and the graphics are also quite enchanting with magically lit scenes for you to navigate through. All in all this game can be really tricky but will bring a smile to most peoples faces. It’s also especially good for when there’s three of you and you all want to play at the same time. 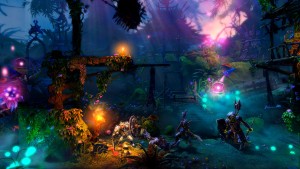 This game is brilliant – for a long time it was my two-player favourite. This fast-paced arcade racing (and some-time shoot-em-up) game is really fun to play in 2 player split screen – especially if you’ve got a big monitor or HD-TV. Racing in this game feels fast and smooth with a simple but effective weapon system it’s really fun blow up your best-mate just as he’s about to cross a checkpoint or finish-line and steal a first-place! It’s like a super-slick looking version of Mario Kart for modern gamers… 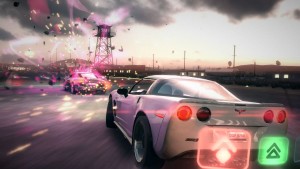 #2 – Injustice Gods Among Us

This might have been Street Fighter, or even for some people, Mortal Combat, but it’s not – the best two-player vs beat-em-up on PC is Injustice Gods Among Us. This game totally rocks at kicking ass – DC Comics style! The graphics are still incredibly crisp and slick, even by very modern standards, and the sound effects are booming. And it’s bloody great fun being Superman and pummelling Lex Luthor – or playing as The Joker and stabbing Batman in the stomach. All DC’s greatest heroes and villains are represented here from the Flash to Catwoman. Better still is the DC quality story-line too, which provides a superior one-player experience and scores it real bonus over other fighting games in my book. Finally, the quick-to-learn-hard-to-master control system, makes it brilliant in terms of dive-in play which you often want when playing with large groups friends. 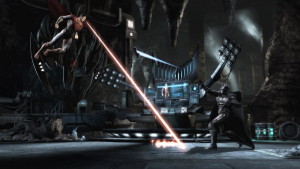 This game is a bloody brilliant take on the MarioKart formula. Where Blur left off this game now sits as the most loved game amongst my mates. It’s got bold Sega colours and really-bloody-fast-old-chap racing with bombs, turbos and all the power-ups and transforming vehicles you could want. For sheer arcade quality fun in your living room through a PC – this is personally the best it gets. They’ve quite obviously stolen this formula from MarioKart, but that really doesn’t matter here, because they’ve executed it so well that you’ll simply love it. After all – who could take on Mario but Sonic? If you’re looking for a solid and fun, arcade in your living room, party game for up to 4 players on PC this is your best bet! 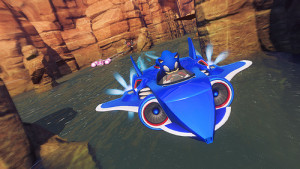 Well, that’s all for now folks! Hope you enjoy and if you can think of any worthy additions drop me a  note in the comments 🙂